Maybe it’s the fever dreams I had while recovering from the phenomenally idiotic decision I made to dine on KFC the other day, maybe it’s the way nobody has tried to set fire to Leinster House, but this has been weighing on me a lot and it needs to go somewhere so I can get back to IMPORTANT things like editing that second chapter of Peig Sayers: Vampire Hunter.

Hopelessness is like a drug. That’s probably why news publishers sell so much of it these days. It can be very hard to realise that you’re sliding into the abyss until it’s staring you in the face, and even then you might not recognise what you see.

Things are… not good, right now. Some idiot started a war in Europe and the response from most countries has been, pretty much, a stern look and strongly worded letter. I think we’re on the fifth wave of sanctions against Russia, which tells you all you need to know about how effective the previous four were. The media have decided clapping for the Ukrainian president’s Dáil speech is what REAL solidarity and leadership are about instead of, say, actually doing something about the staggering amounts of Russian oligarch money in the IFSC or Aughanish. Micheál Martin, Irish Taoiseach and easily the most spineless, pathetic sack of shit in a parliament *absolutely stacked* with spineless, pathetic sacks of shit, continues to pretend he’s in control, that he’s in charge, that his complete lack of any sort of plan beyond “I’m in charge :)” will strike a meaningful blow against Putin and Covid, that other thing he did absolutely nothing about which got nearly 7,000 people killed so far. And the media are just as useless on that, too. I won’t forget that Virgin Media News labelled the day the government simply gave up on restrictions “Freedom Day”. Weekly deaths are still in double figures, not that any alleged journalists are really mentioning that. People are too sick to work, but those same reporters spin it as “We need to redefine what ‘sick’ means so we can force more people to work while sick”, giving more weight to the employers upset about falling profits than to the employees upset about *becoming really sick and often suffering permanent fucking damage* and simply pretending that “living with covid” means anything besides the reality, which is mass death and nobody being able to work.

Fucking neolibs. They’ve destroyed so much, and the public will cheer them because they were waving a rainbow flag when they got the Gardai to help illegally evict families for some US vulture fund that bought their house from under them.

And that’s only THIS week in Irish politics.

I don’t want to write about politics. Politics is full of incredibly dull, tedious little men with all the depth of a spoon run over by a freight train. I want to write funny little adventures about ghosts and trolls and butts and wizards who aren’t massive fucking bigots. Unlikely heroes and terrible villains, that sort of thing. But fuck me, no villain I could ever write will match the evil of those serious, bloodless, tedious little men in Leinster House. Those heinous little men who argue that private profit is more important than public health. Who calmly say that we should debate whether trans people deserve basic human rights. Who have been trying to sell off the country’s public water system for years.

You like to pretend that they’re not evil, that unfortunately some of them might be *right* and they have no choice but to let homelessness balloon to over 10,000 people, to vote against a livable minimum wage or welfare allowance for disabled people. You like to pretend that it’s all so very *academic* and that there have to be winners and losers.

You’re wrong, of course. And you’ll never fully silence that last tiny shred of conscience that tells you the truth about a man who would, for example, lie through his teeth about how Covid ran rampant through Irish schools and old folks’ homes and meat packing plants and direct provision centres, all so businesses could carry on as if there was no pandemic.

That’s what evil is. It’s Leo Varadkar stamping down on minimum wage workers. It’s Micheál Martin being too fucking pathetic to do what needs doing during a pandemic. It’s the minister for housing Darragh O’Brien (no relation, thank fucking god) directly profiting from deliberately failing to control the skyrocketing price of housing. It’s a government that has completely failed people, and who not only allowed the far right to capitalise on their failures, but actively encouraged them, and suppressed the people who tried to stop them., to the point where you have fucking neonazi sympathisers in the Dáil. People like Trump or Putin? They’re just symptoms. They’re the end result of the status quo you’re protecting. Completely predictable, utterly inevitable, because that’s simply what the status quo you’re all so comfortable in produces.

It’s the media who treat all of this as normal and proper instead of completely fucking insane. Maybe, if we’re REALLY lucky, one of them will write a book about how this shouldn’t have happened, and include damning information that COULD have made a differen- No, I can’t finish that joke, there are too many of those fuckers.

Things are not going to get better. Not if you keep pretending that it’s more important to clap for a speech than it is to take direct punitive action against a tyrant.

Me, I don’t really have any hope about this planet’s future. We’re all going to die because too many of you don’t want to make the effort to avoid extinction. When it comes, a lot of you will have deserved it. I doubt I’ll live to see it, but I want you to know that wherever I am by then, no matter what the laws of life or death forbid, I will be laughing as the mobs of starving poor you created beat down your mansion door in whatever high-security dystopian apartheid hellscape you made of once-leafy south Dublin.

God, that felt good to write. Hopelessness is like a drug, after all.

You’d probably think, from all the above, that I am a violent, angry, misanthropic, nihilistic soul. You’d be partially right, anyway. I abhor violence. Nihilistic? Eh, maybe a little, but existence without meaning just means I can invent my own. Angry? Oh my goodness, yes. Injustice makes me very angry, and given the pathetic state of this country’s ruling classes I may never stop being completely fucking furious. Anger at injustice is good, actually. You should try it. It’s a lot more effective than politeness.

I’m not going to give up working and calling and fighting for better than this bullshit. There’s more than enough pain out there without me adding to it. I’m doomed to failure, of course, far too many of you have decided that inflicting pain and destroying the world is the way to go, but that’s not really the point.

I’d rather try to make the world slightly less shit as it gets driven into oblivion by a pack of stupid wankers, is all. 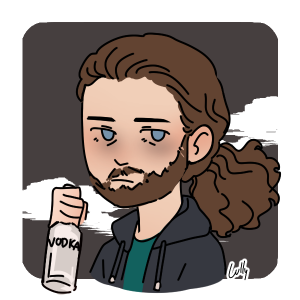